Another morning another phone call. ‘I’m outside. The police have just arrived. They’re in the field.’

‘They’, of course, being the now familiar contingent of orange hi-vis and rigger boots. And they’re here, apparently, to rip the rest of the hedgerow out, interrupted in their task by the arrival of we pesky campaigners.

While the developer’s representatives traipse along the field edge in the distance, with their ecologist, a police officer and our own wildlife expert and photographer Peter, we engage the high-vis in conversation. This time round, it’s a good deal more civilised – and conciliatory. The guys are only trying to do their jobs, when all said and done. It’s not them we have issues with.

In the course of our chat, we learn the answer to another of our concerns, regarding ‘welfare’ on the site – a concern prompted by the obvious lack of anywhere for our resident security guard to <ahem> ‘go’ (other than maybe a handy water bottle), during his seven-hour stint slumped behind the wheel. Or, indeed, facilities for any of the workers beavering away at the hedgerow for an entire day.

According to the Health and Safety Executive: ‘Construction workers need adequate toilet and washing facilities, a place to warm up and eat their food and somewhere to store clothing. However, these basic requirements are often neglected. A cold water tap and chemical toilet on their own are not adequate facilities. Good facilities can positively benefit health and well-being and can help to prevent dermatitis.’

Well it turns out that, for transient construction sites, a ‘suitably designed vehicle, consisting of chemical toilet(s), washing facilities and sufficient tables and seating’ is acceptable. And that’s exactly what the guys rolled up in. A handily labelled ‘welfare’ van. Well you learn something every day. Although I don’t even want to imagine what state those toilets are in on any one day. And it still doesn’t solve the problem of our slumped security man. Water bottle it is then. 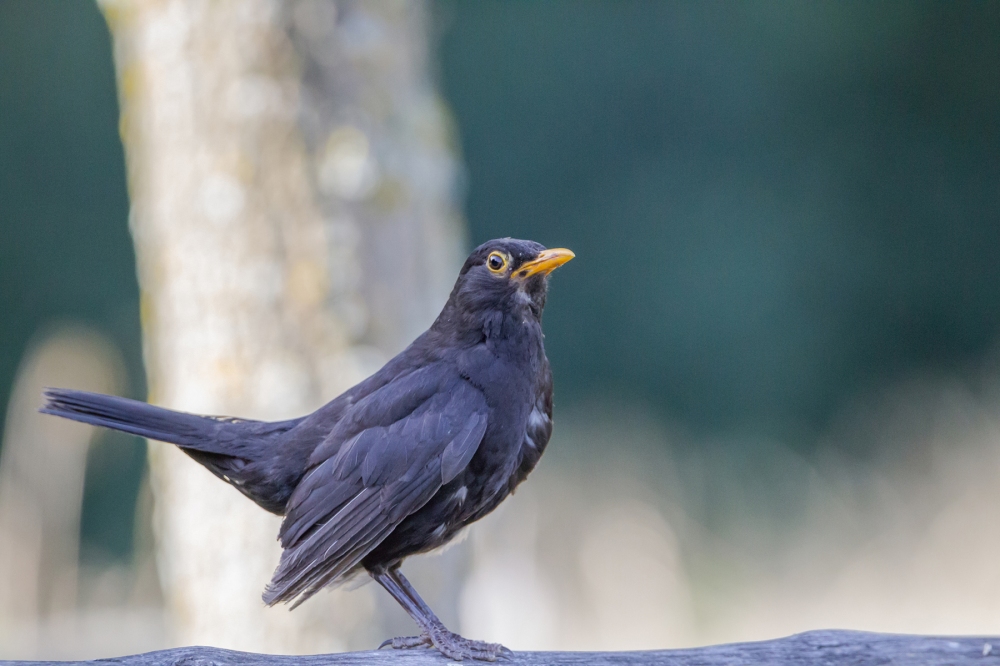 So, speaking of security (and returning to the hedgerow), how can it be that less than a week after a mother bird was seen sitting on eggs in her nest, not only has the nest been vacated, it’s disappeared entirely? There were eight nests at least in that hedgerow, yet not a single one now remains. We can only conclude that the birds in Cumbria are so extremely house-proud that they tidy up after themselves before leaving, dismantling their nests twig by tiny twig.

Nobody can point a finger at anyone, be it pranksters, public or otherwise, because no evidence remains – other than Peter’s own photographic record – and to do so anyway would only turn the weight of the law against us (once again the villains of the piece).

No nests ergo no crime being committed: hedgerow out.

(Although I note that they didn’t actually rip it out yet, just ripped the blue net off all but twenty metres of it, which still hangs in shreds, and then shaved the lot along the field edge with a hedge mower. I doubt there will now be any birds brave enough to nest.)

Let’s hope the otters have more luck. A tale for a whole other post…