Funny how starting a blog changes your perspective on things.

Last time I blogged was five years ago, when a pal and I walked the Coast to Coast from St Bees to Robin Hood’s Bay. It began innocently enough: what better way to spend a two-week break from work? Challenging, fun and (it turned out) unexpectedly weight-reducing – despite a dedicated regime of Full English breakfasts, steak pies, chips and any amount of chocolate snacks.

But at some point, our two-week ‘holiday’ turned into something else: the opportunity to raise a bob or two – and generate a bit of PR – for mountain rescue. Before we knew it, every team whose patch we would meander through had pledged to either walk a while with us (doubtless keen to ensure that these two mad women had made it ‘off the premises’ intact!), or turn out to greet us as we staggered into whatever spot we were calling home that evening, gasping for flapjack and shandy.

Some of them even organised mini-adventures for us in the evenings involving, for example, giggling and elbowing our way through a soup of orange clay underground – as if we hadn’t already exhausted ourselves sufficiently during the day! 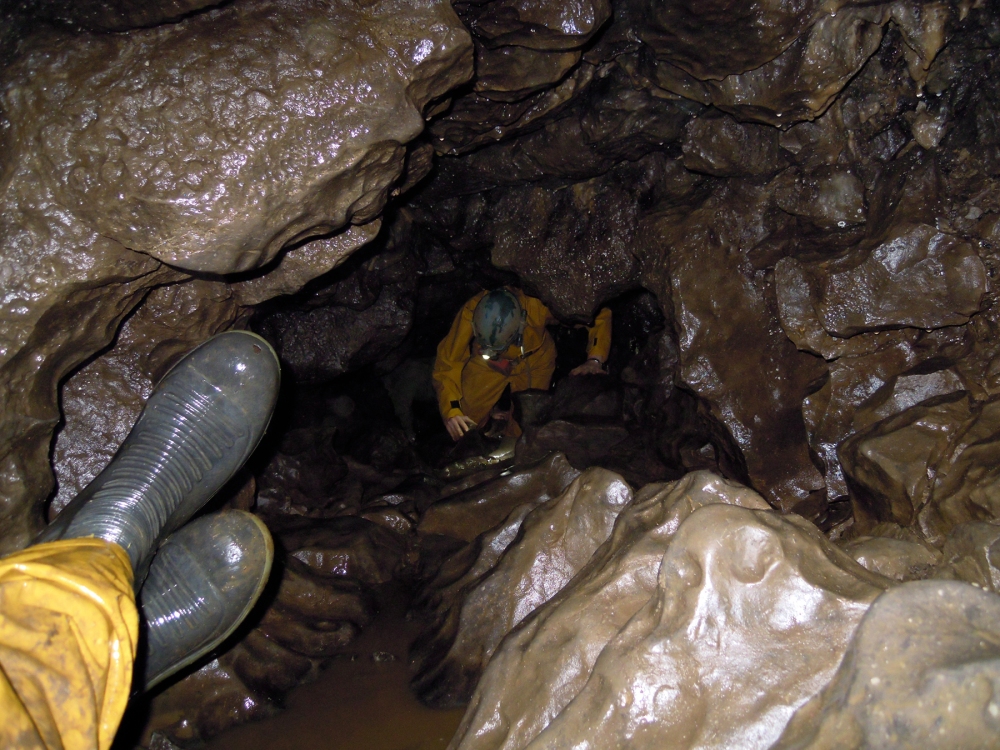 There were any number of tales, worth recounting here another time, but my point in mentioning it now is that there was a focus. As we’d decided to raise funds for a then embryonic mountain rescue benevolent fund, we needed to keep public interest high over the two weeks, and what better way to do that than with a blog? But, necessarily, everything I blogged about was related to the  Coast to Coast and our own very unique experience of it. And once we’d reached Robin Hood’s Bay that was it. Blog done.

Step outside that framework and suddenly everything becomes blog fodder. (Note to self: always, always check, when typing words such as ‘public’ and ‘blog’ that you haven’t skipped over that all important ‘l’ in your haste to publish.)

So now I find myself ruminating randomly (not unlike my erstwhile neighbours in the soon-to-be-devastated field) on all manner of things. Such as…

Extreme Pollarding. What was it that possessed whoever makes these decisions to undertake what you could only describe as ‘extreme pollarding’ a couple of years ago, scalping an avenue of beautiful trees in town to nothing but a row of very tall stumps? Admittedly, they’ve now begun to grow back but I can’t help thinking it was a little late in the day for these mature trees.

The French love this particular form of tree containment (‘tree abuse’, some might call it), and somehow it seems to work for them, leaving their boulevards and town squares lined with wonderfully knotted, living sculptures. The idea behind pollarding, apparently, is to encourage the tree to produce multiple shoots, creating a dense foliage which shades passers-by from the heat of the summer sun. Let’s hope this was the case here. We could do with a bit of sun this summer.

Bin fairies et al. (I said it was random). One of the many benefits of upping those sticks and moving to this Land Far, Far Way, is that I am no longer alone.

Now I have ‘the climbing gremlins’, capable in mere seconds of turning a perfectly clear, sweet-smelling hall carpet into a battleground of rucksacks, carabiners, ropes and sweaty kit.

And ‘the fell shoe gremlins’. Get them wet and they multiply, in all their glorious, bog-trotting pungency  (thank goodness for Neutradol, which truly does ‘neutralise nasty niffs’!) Often, these particular gremlins can stay confined to the outdoors, nestling hopefully by the doorstep for considerable periods before allowed re-entry. The downside of this, of course, is that – living as we do in Cumbria – this means they simply get wet again…

But, as we know, wherever there’s yang there is always yin. Or, more accurately, bin. And with bin comes ‘the bin fairy’. Bin bag fills, bin bag empties. Bin bag fills, bin bag empties. As if by magic. And, Thursday mornings, long before I’ve sipped my last sip of tea in bed (delivered to my bedside cabinet, of course, by ‘the tea fairy’), there they are. The big bins. On the drive, neatly lined up, handles facing outwards, ready for the bin men – who generally arrive just as I’m popping the tea cup into the dishwasher, still in my PJs.

In fact, I think the entire development is inhabited by bin fairies because, sometimes, if I go out for the day really early, and come back late in the afternoon, those bins are back in their place, by the water butt, even before the resident bin fairy gets home.

The call-out rule. Last one for today,  so I’ll keep it short. The ‘call-out rule’ states that the possibility of a mountain rescue call-out increases in direct proportion to the mountain rescuer’s declared intention to help with household tasks. A topic I feel sure I will return to more than once.